They’re the stuff of hospitality professionals’ dreams and nightmares: glowing reviews that praise what you’ve got to offer, while the threat of fake reviews looms in the background. 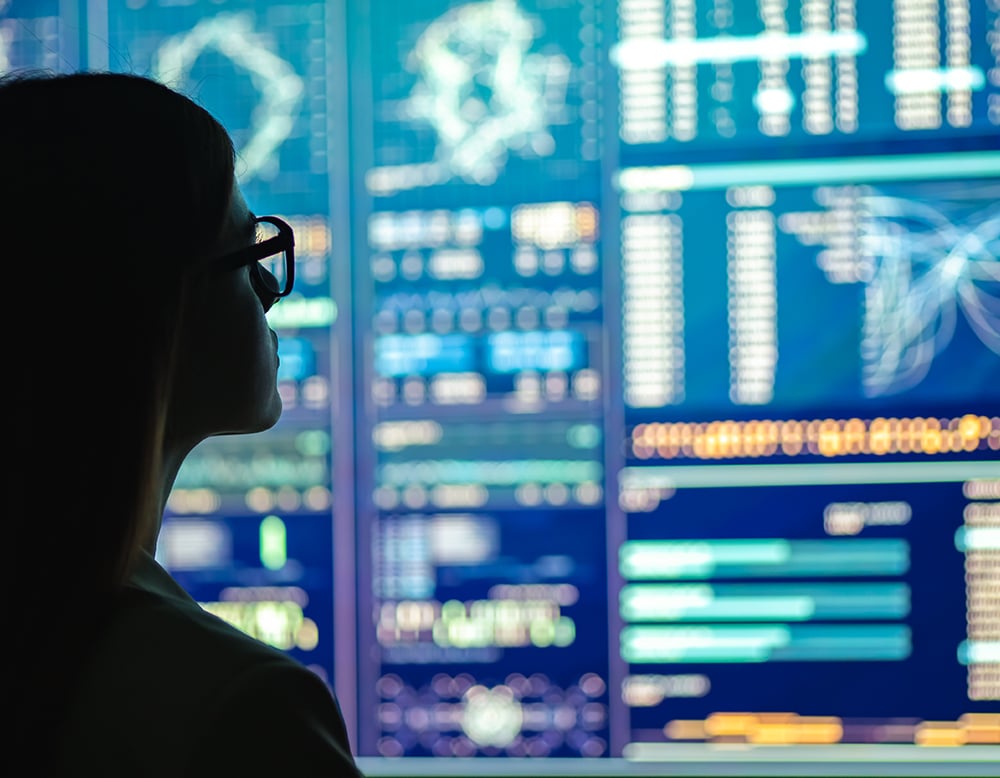 The concern over fake reviews is nothing new, with many hoteliers, restaurateurs and tour operators citing it as one of the primary reasons that they don’t trust platforms like TripAdvisor to provide a fair and unbiased reflection of their facilities. However, a 2019 article by Which? brought these concerns to the fore of many minds, as their investigation into property reviews highlighted a large amount of what they claim to be fraudulent feedback amongst top hotels.

Which? compared almost 250,000 reviews during their investigation, and found that some of the top-rated hotels in the Middle East, Las Vegas, and even a property under the Travelodge umbrella, Britain’s second-biggest hotel chain, had suspicious activity that suggested their reviews were faked.

On approaching TripAdvisor for comment on their findings, Which? discovered that, of the 15 hotels that they raised concerns about, 14 had received warnings from TripAdvisor for dubious review content over the past year.

What was it that raised Which?'s suspicions?

The main indicator that Which? looked at to distinguish genuine reviews from falsified ones was whether the reviewer had any previous review activity on TripAdvisor. Properties that reflected a larger than normal amount of positive feedback from first-time reviewers were deemed to be dubious.

The trouble with this method of fraud detection, however, is that it’s difficult to pinpoint whether the reviewers truly are first-timers, or whether they are faked accounts that have been set up for the purposes of boosting hotel reviews. As a TripAdvisor spokesperson explained to The Guardian when approached for comments on the Which? findings: “It is simply far too simplistic to assume all first-time reviewers are suspicious. Every genuine reviewer in the world is at some point a first-time reviewer.”

“There are lots of other pieces of information that we look out for. They act like pieces of a puzzle that our tracking system is designed to join together, creating a complete picture of each review.” — TripAdvisor

Another reason why focussing in on first-time reviewers is problematic is because of the work that companies like GuestRevu do. Our TripAdvisor Platinum Partnership means that guests who complete online surveys about their stays have the option to post a review directly to a property’s TripAdvisor page, without needing to log onto the platform or even have an account! This means that not only do we understand how a property could end up with an abundance of first-time reviewers, we encourage guests who haven’t posted on the platform before to begin their TripAdvisor journey.

What reviews are not allowed?

The first step in preventing suspicious reviews from being published, is trying to pinpoint what kind of suspicions it has raised. There are a number of different ways that a review can go against TripAdvisor’s guidelines, and not all of them are obvious, as we’ve pointed out before. So once a review has been flagged as going against the rules, it’s important to find out what rules it’s breaking.

More reasons why you shouldn’t try block a bad review

Want to do better on TripAdvisor? Take a look at this comprehensive online guide

What methods do TripAdvisor employ to find fake reviews?

If the methods used by Which? are too simplistic, as TripAdvisor has suggested, what is it that the review giant does to make sure that reviews are genuine? While they do point out that divulging all their security secrets would only make their methods easier to circumvent, TripAdvisor have put together a number of articles over the years, explaining the processes they have in place.

TripAdvisor’s recent Review Transparency Report, goes a long way towards debunking alarming reports such as Which?'s. On a platform that hosts more than 700-million reviews, there will inevitably be a small portion of fake reviews that slip through their carefully constructed nets. However, as the TripAdvisor report points out, of the 66-million reviews submitted to the platform in 2018, only 2.1% were found to be fraudulent, and a massive 73% of fake reviews were caught by TripAdvisor before being posted.


So, how does TripAdvisor distinguish between the different types of falsified and ill-conceived reviews? Through thorough analysis of normal review patterns based on years of data and experience, for a start.

“The techniques we use are similar to how a bank catches credit card fraud,” one TripAdvisor article explains. “Banks use technology to track the transactions taking place on individual accounts. By analyzing these transactions, the technology can determine whether spending on the account seems normal, or whether there are transactions that appear suspicious. 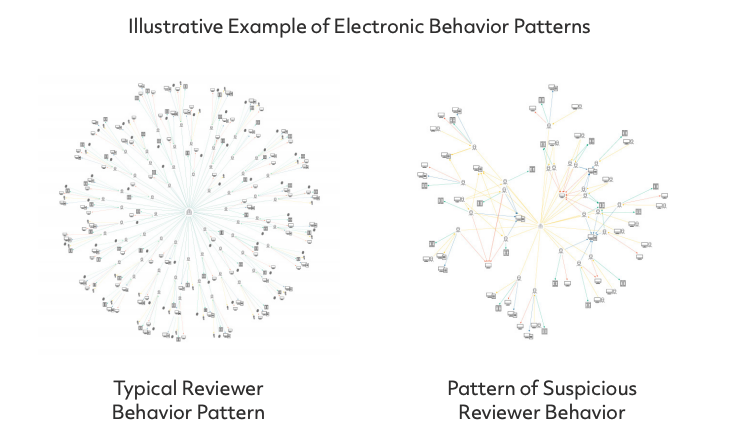 
“Our system works in a similar way — we see the reviews that are coming in for any given property, compare those to the historical patterns we’ve observed for that property, and identify any anomalies in those patterns that look suspicious”

“Our tracking system has been analyzing hundreds of millions of reviews for more than a decade. With all of this data, we know how most reviewers behave, and can spot patterns that don’t conform to that behavior." — TripAdvisor

“The analysis presented by Which? is based on a flawed understanding of fake review patterns and is reliant on too many assumptions, and too little data,” TripAdvisor told The Independent. But this paucity of data is not a problem TripAdvisor has to contend with.

From location data, to IP addresses, to device information, TripAdvisor has a good deal of information available to flag suspicious reviews. If, for example, reviews for a property are coming from the same IP address, the system would stop those reviews from being published until the property has been contacted and the reviews have been looked over by a human rather than a machine. If, as another example, a user has been flagged as writing false reviews, the system can find other usernames that use the same IP address, or come from the same location, and flag those as being suspicious as well. 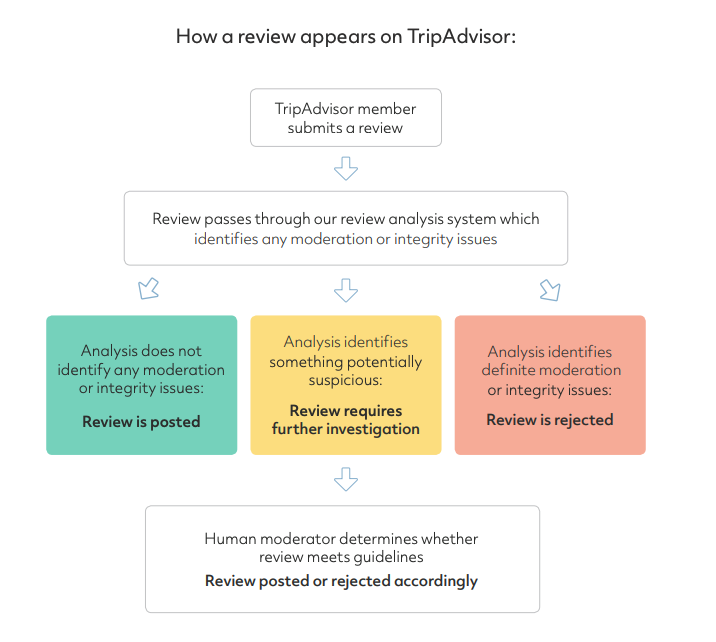 
Thanks to its sophisticated review analysis system, which TripAdvisor claims is able to use “network forensics and advanced fraud modeling to map electronic patterns that no human could ever identify,” along with the 24/7 efforts of hundreds of human content analysts, more than 1.4-million reviews were identified as fraudulent and prevented from being published in 2018.

When it comes to paid review companies, TripAdvisor’s team of investigators spend much of their time analysing advertisements from companies that offer services like review optimisation, and even legitimate services like reputation management and review collection, to determine whether they are above board, or framing themselves as reputable companies while offering illicit reviews. On top of that, the investigators will often go “undercover” to engage with paid review companies, or work together with businesses that have been flagged as using these illegal services to catch the culprits. When appropriate, TripAdvisor also works with law enforcement and other regulatory bodies to ensure criminal activity is brought to the attention of the relevant authorities.

Find out what TripAdvisor CEO, Steve Kaufer, had to say about fraudulent “optimisation companies”

“By identifying just one paid reviewer’s account, our investigations can quickly gather enough information to uncover a whole network of paid review activity. It is a bit like pulling the thread of a spider’s web — pull one, and you can start to see other threads more clearly. Pull those, and the web quickly collapses.” — TripAdvisor

And while all of this keeps the investigators busy on a day to day basis, big events like the FIFA World Cup have a tendency to bring fake reviews out of the woodwork, and keep the team working hard in their lead-up, their duration, and their wake.

But, with all that TripAdvisor do to prevent fake reviews from reaching properties’ profiles, sometimes illicit feedback does slip through the cracks. That is why TripAdvisor’s systems are constantly adapting and evolving to ensure that falsified reviews are caught as quickly as possible, and properties that make use of duplicitous methods to improve their ratings and ranking are penalised.

TripAdvisor have also called on other review platforms to follow their lead, and take preventing review fraud more seriously. “As long as other review platforms aren’t taking aggressive action, then fraudsters will continue to exploit and extort small businesses for cash," Becky Foley, senior director of trust and safety at TripAdvisor, told Big Hospitality. "It is time other platforms like Google and Facebook stepped up to the plate to join us in tackling this problem head on.”